Croatia extends from the furthest eastern edges of the Alps in the north-west to the Pannonian lowlands and the banks of the Danube in the east; its central region is covered by the Dinara mountain range, and its southern parts extend to the coast of the Adriatic Sea.

Population:
4,437,460 inhabitants; composition of population: the majority of the population are Croats; national minorities are Serbs, Slovenes, Hungarians, Bosnians, Italians, Czechs and others.

Capital:
Zagreb (779,145 inhabitants), the economic, traffic, cultural and academic centre of the country. 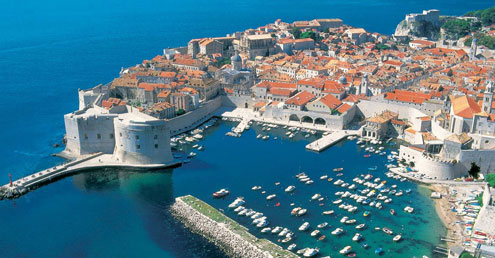 Climate:
Croatia has three climate zones; the prevailing climate in the country’s interior is moderately rainy; on the highest peaks, a forest climate with snow falls, while the areas along the Adriatic coast have a pleasantly mild Mediterranean climate with a large number of sunny days; summers are dry and hot, winters mild and wet with significant precipitations. Average temperatures in the interior: January -2 to 0o C, somewhat lower at the highest altitudes; August – about 20 oC and about 12 oC on the highest peaks. Average temperature in the littoral: January – 5 to 9 oC, August – 22 to 25 oC; sea temperature in winter: 2 oC; in summer, about 25 oC